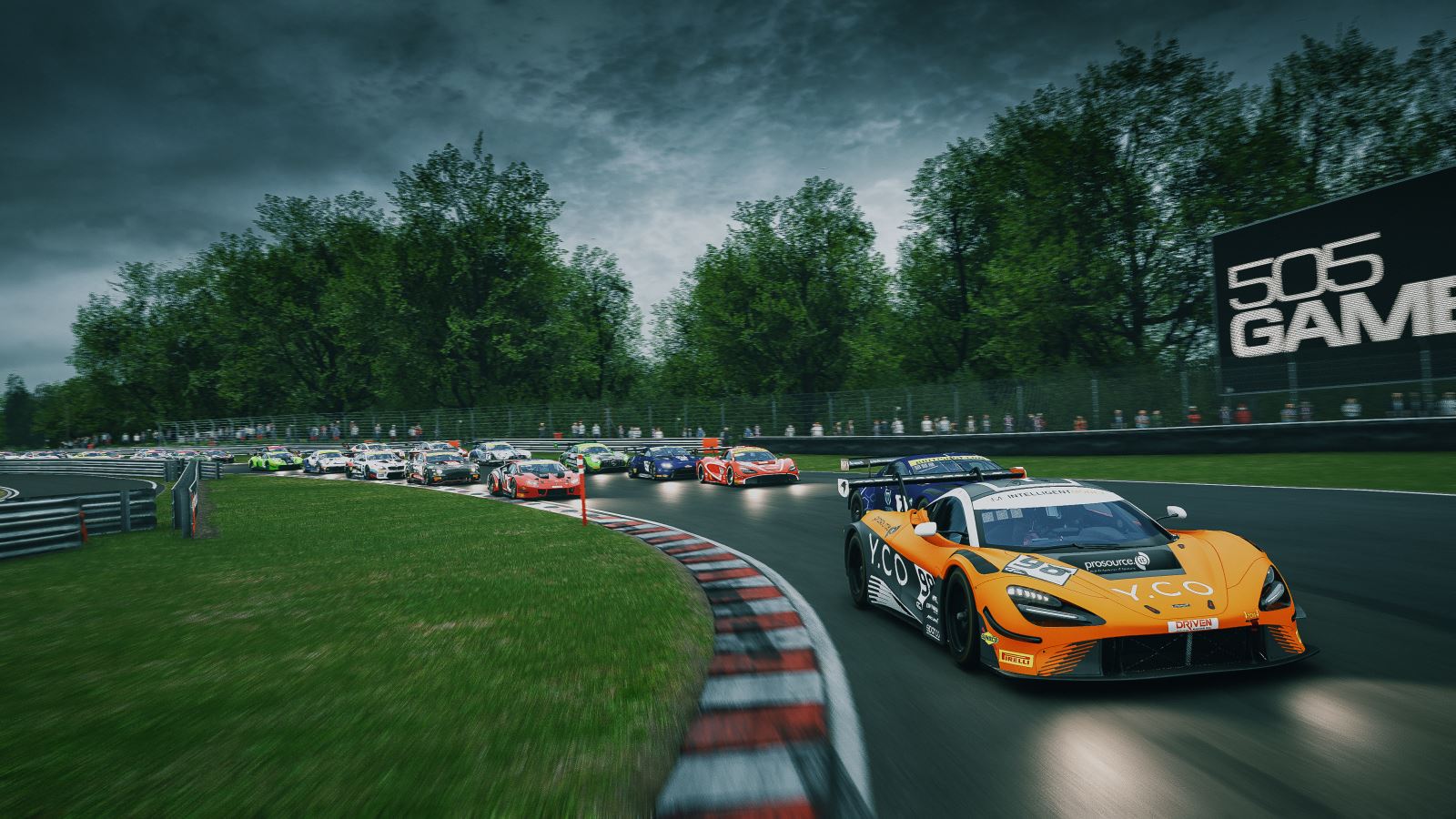 Season 7 of the revamped British GT Esports Championship kicks off with a single 60-minute race this Sunday evening (March 21) at Oulton Park where real-world teams and drivers join their sim racing counterparts on the 40-strong multi-class entry.

Familiar names packing a combined total of 11 real-world British GT titles and 58 wins, as well as a Formula 1 World Championship crown, will line up on the GT3 grid ahead of the 20 sim qualifiers who earned their GT4 place via this week’s hot lap competition.

The action takes place on Assetto Corsa Competizione and is overseen by SRO Esports’ technical partner, AK Informatica. Points are awarded for the top-10 positions in each class and on the same basis as the Intelligent Money British GT Championship’s 60-minute races, while GT4’s top-10 finishers also earn an automatic entry into Round 2 at Snetterton next Sunday. A mandatory pitstop must be served between minutes 25 and 35 when new tyres and fuel can be added if the driver so wishes.

The front of GT3’s grid is intended to mirror a real-life British GT race. And that will certainly be the case at Oulton Park where most of the 14 teams are either current or former entrants.

There’s also a familiar look at Barwell Motorsport where their reigning GT3 champion Sandy Mitchell is joined by Jack Lemmer – the son of team owner, Mark. Lemmer Jnr is nominated to substitute for Leo Machitski who’s scheduled to race the Lamborghini from Round 2 onwards.

Three Century Motorsport-entered BMWs continue the real-world theme. Ben Green was a GT4 championship runner-up with the team in 2018 before graduating to its GT3 programme, while Angus Fender has also raced Century’s M4 and M6. 2021 signing Gus Burton completes the line-up.

Four days of public hot lap qualifying have resulted in some of the world’s best-known sim racing stars contesting the GT4 class at Oulton, as well as a real-world British GT4 champion.

Will Tregurtha won the crown in 2018 but is also a pro-level gamer who jointly topped the Chevrolet Camaro leaderboard with Chris McDade.

However, Porsche and KTM look like the cars to beat based on a hot lap competition in which only the Cayman and X-Bow dipped below 100s. Luca Berk (Porsche), a recent Simsport GT4 champion, was fastest of all on a 1m39.834s and just 0.063s quicker than Manuel Rodriguez (KTM). Egor Ogorodnikov and Jack McIntyre also progressed.

No manufacturer has won more British GT4 races than Ginetta, and two of its G55s are on Oulton’s entry list courtesy of Eamonn Murphy and Maxime Batifoulier. Another British manufacturer, McLaren, is also represented by Florian Hasse and Moritz Löhner.

Click below to set a reminder for Sunday’s race.