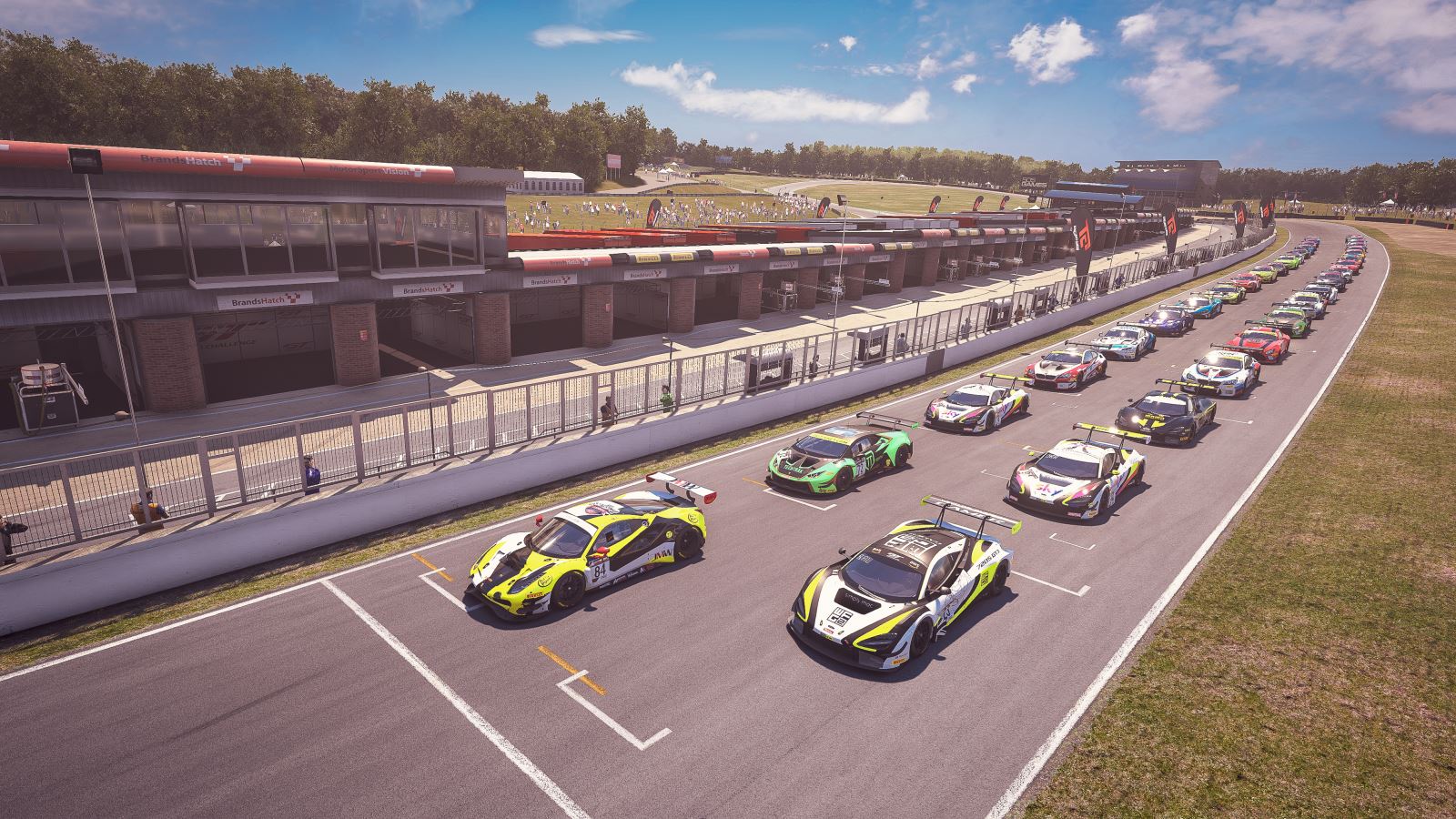 Esports Preview: Titles on the line at Silverstone’s penultimate round

James Baldwin and Nils Naujoks enjoy comfortable leads in their respective class standings ahead of the penultimate British GT Esports Championship round at Silverstone this Sunday (April 11).

Two wins and a second place from the first three events have catapulted The World’s Fastest Gamer into a 28-point GT3 lead, while BMW Motorsport SIM G2 Esports star Naujoks is 22 points clear of his nearest GT4 challenger with a maximum of 50 still available over the two remaining 60-minute races.

Victories last time out mean both drivers carry the full 30kg of Success Ballast, although neither require victory – or even a podium – to potentially wrap up their titles with a race to spare.

GT3: BALDWIN IN THE BOX SEAT

But that will depend on one of the four chasing contenders scoring big this weekend – ideally collecting the maximum 25 points – and Baldwin failing to finish inside the top-three.

Fender appears best placed to do so. Century’s leading BMW has endured a tricky time since winning Oulton’s season opener but still demonstrated strong pace at Snetterton and Brands Hatch, and also competes without a Success Penalty this Sunday.

Short’s championship position owes more to consistency – both in terms of results and penalty-free racing – than outright speed, but there’s no doubt Rollcentre’s McLaren has looked quicker at every round. Another Success Penalty-free outing could deliver a first virtual podium for the MOMO Mosler-inspired 720S.

Like Baldwin in GT3, Nils Naujoks took control of the GT4 title race by winning at Brands Hatch. And the BMW Motorsport SIM G2 Esports driver’s third podium in as many outings couldn’t have come at a better time, coinciding as it did with George Boothby (SideMax Motorworks, Aston Martin) and Jack McIntyre (Zansho Rocket Simsport, Porsche) collecting just eight and two point, respectively.

The upshot is a 22-point advantage for the M4 driver over Boothby who in turn leads McIntyre by one more. Moritz Loehner – whose Doerr Esports McLaren carries 15kg extra on Sunday after pushing Naujoks hard at Brands – also remains in title contention, albeit 27 points adrift of top spot – while fifth placed Luka Berk failed to qualify.

That means four points for finishing eighth could, theoretically, be enough for Naujoks to seal the crown with a round to spare. But that would also rely on his two primary title rivals failing to finish inside the top-10 for the first time this year. Instead, Boothby and McIntyre will be eager to exploit their 30kg advantage over the M4, which won at Brands Hatch despite carrying 10kg.

G2’s second BMW should also be in the mix despite the Success Penalty Gregor Schill incurred for completing Brands Hatch’s podium. Florian Hasse is also back for Doerr Esports after missing Round 3, and both Rennwelten Pro Team Audis crewed by championship outsider Chris Hoeke and Samir Ibraimi return after progressing through this week’s Hot Lap Qualifying.

Incidentally, the public competition times were topped by Michael Kundakcioglu who set a blistering 2m08.361s aboard SideMax Motorworks’ Alpine. So far every Hot Lap pacesetter has also claimed pole position on raceday…

Click below to set a reminder for Silverstone or watch the race live from 20:00 BST this Sunday.