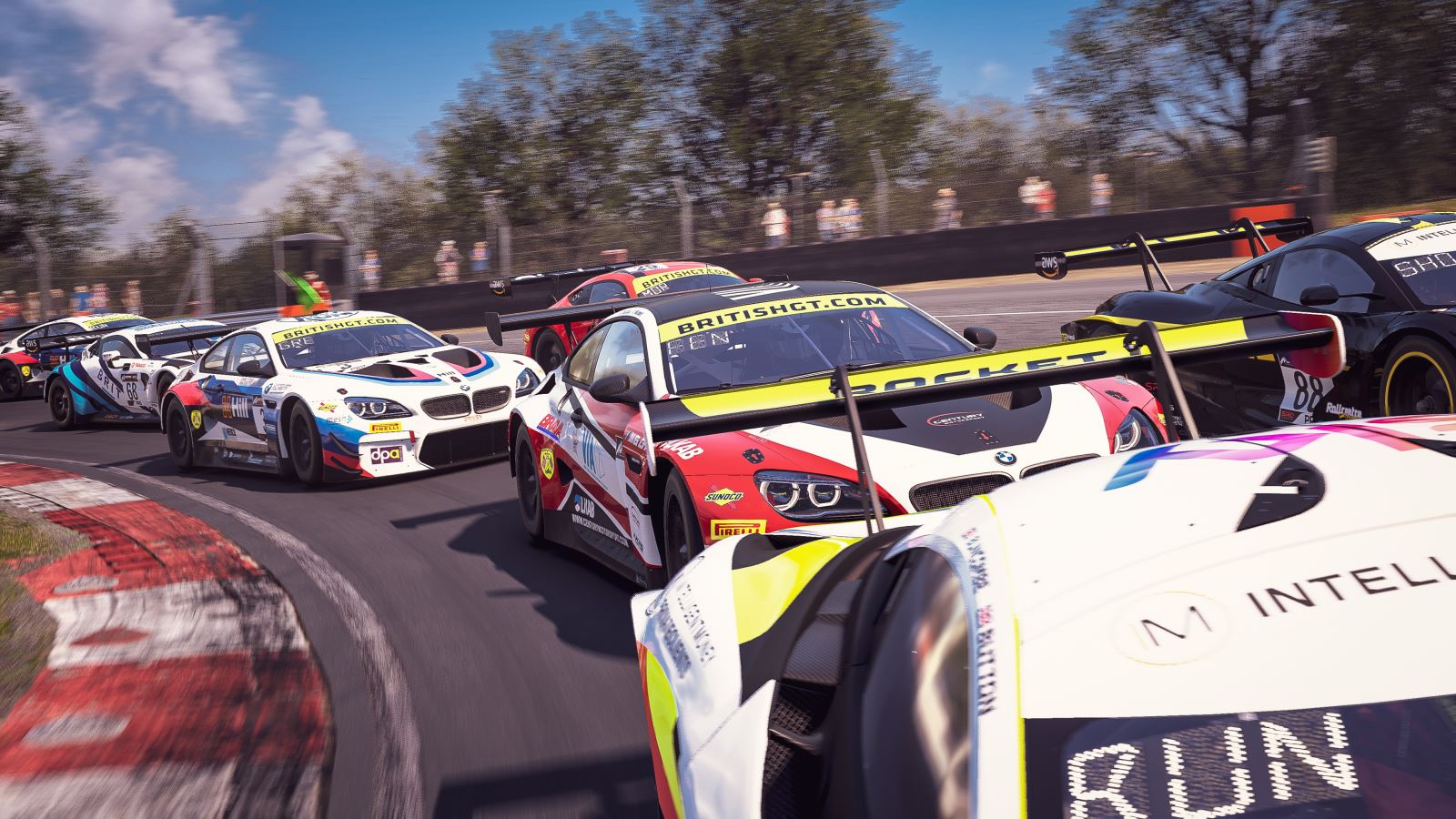 Esports Preview: GT4 champion to be crowned at #DoningtonDecider

Nils Naujoks and Jack McIntyre will go head-to-head for the British GT4 Esports Championship title on Sunday evening at Donington Park where the latter must overturn a 10-point deficit to deny his BMW rival the crown.

The winner will receive a Fanatec prize bundle worth approximately €2,000 and a VIP Intelligent Money British GT Championship experience, as well as an automatic entry into the upcoming GT World Challenge Europe Esports Championship.

With James Baldwin sealing GT3 spoils last time out, senior class attention focuses on the battle for second overall. Angus Fender currently occupies the box seat but four other drivers retain a mathematical chance of finishing runner-up behind The World’s Fastest Gamer who is unable to compete owing to other sim racing commitments.

The only drivers to have scored points in all four races find themselves separated by 10 points at the top of the GT4 standings heading into Sunday’s season finale. However, it’s Nils Naujoks’ mix of pace and incredible consistency – he’s taken a win, two thirds and a fourth place thus far – that have seen him nose ahead with 25 points still available.

By contrast, McIntyre faces an uphill battle to pinch the title. For starters, Zansho Rocket Simsport’s Porsche must finish fifth or better to have any chance of matching Naujoks’ current points’ total, and do so while carrying the maximum 30kg of Success Ballast after winning last time out at Silverstone.

His potential trump card could be in the event of a tie when second-best results will determine the champion. Because for all of Naujoks’ consistency it would be McIntyre’s second place at Snetterton that proves decisive in three of the four instances where they can finish on the same total. The fourth scenario – Naujoks finishing third and McIntyre winning – would also result in the latter taking the title by virtue of one more victory.

The performance of their respective cars is hard to judge given that both Porsches – the second driven by Tariq Gamil – qualified courtesy of Silverstone’s race results. By contrast, Lucas Mueller’s Haupt Racing Team eSports BMW was amongst the quickest in this week’s Public Hot Lap competition.

Only Angus Fender has beaten James Baldwin this season, and that was after stewards intervened post-race on the opening weekend at Oulton Park. Now, Century’s leading BMW along with a host of other hopefuls has an opportunity to take the chequered flag for real.

Not that he needs to finish first. Indeed, such is his advantage that all of his vice champion rivals must finish on the podium to have any chance of gatecrashing the party.
He currently enjoys a 13-point advantage over team-mate Ben Green whose consistency has helped to keep the second M6 ahead of Jody Fannin and Michael O’Brien.

Fannin’s real-world racing commitments prevented him from competing at Silverstone, which dropped JMW’s Ferrari from second to fourth in the standings. Without that no-show it’s quite likely the 488 would still be ahead of Fender thanks to Fannin’s knack of collecting solid points behind the championship’s supposed big guns. And finishing just four seconds shy of Baldwin at Brands Hatch suggests he shouldn’t be discounted this Sunday, either.

Team Rocket RJN’s O’Brien, meanwhile, has had to settle for second behind Baldwin on two occasions this year. But in terms of virtual pace there’s been little to separate the real-world co-drivers, who – along with Fender – have marked themselves out as the championship’s three fastest drivers.

The fifth wheel, as it were, is Rollcentre Racing’s Morgan Short, who – save for Silverstone – has also been remarkably good at banking solid points. But he must turn that consistency into victory on Sunday to have any chance of bridging Fender’s 22-point advantage in the battle for second overall.

Click below to set a reminder for #DoningtonDecider or watch the race live from 20:00 BST this Sunday.