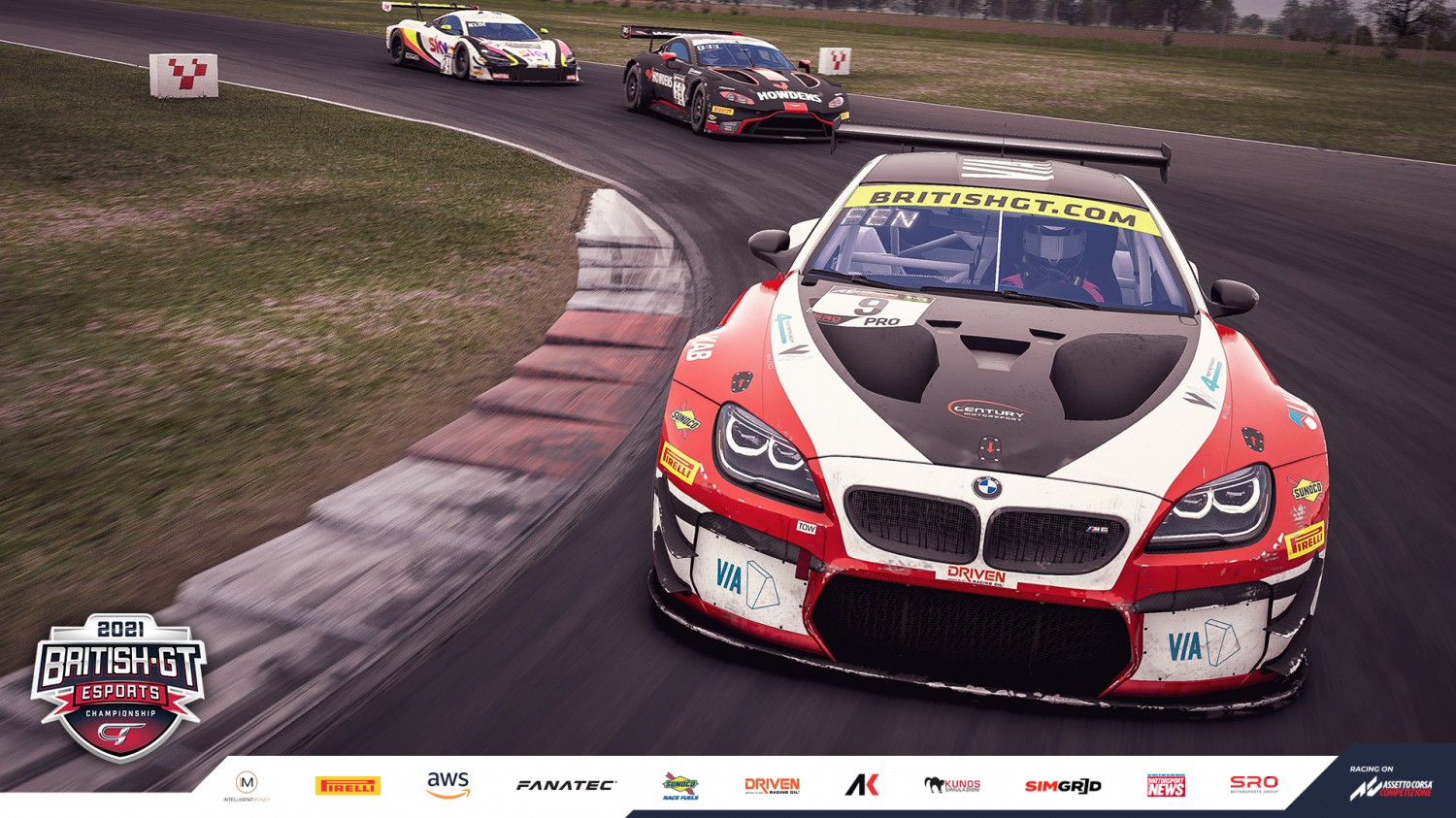 Both classes will again compete simultaneously around the nine-turn, 2.433-mile GP layout, which was faithfully recreated for the original Assetto Corsa Competizione release. Real-world teams and drivers battle for overall honours in GT3 while 10 of this week’s fastest hot lap qualifiers join Snetterton’s points-scorers on the GT4 entry.

James Baldwin made amends for his Oulton Park faux pas by claiming a comprehensive victory last weekend at Snetterton to establish a 14-point lead over Angus Fender who salvaged points after an opening lap incident with Sandy Mitchell.

That prevented Century’s Round 1-winning BMW from seriously challenging the McLaren, which instead romped to a 23s victory over Team Rocket RJN colleague Michael O’Brien whose race was compromised by damage. Both will require fault-free performances on Sunday if they’re to capitalise on Baldwin’s maximum Success Ballast.

Further back, Team Brit’s Bobby Trundley is the only driver outside of the top-five to score points in both races thus far. However, his total of just four points actually represents a meagre return for strong performances that have been blighted by bad luck.

Snetterton served up an incredibly competitive race that resulted in drivers representing nine of a possible 10 manufacturers automatically advancing to Round 3.

Those with a guaranteed entry include Nils Naujoks and Jack McIntyre who share top spot in the Drivers’ standings after two races, although both still await their first victories.

The full 30kg handicap is reserved for Snetterton’s winner, George Boothby, who heads to Brands five points behind the championship leaders. How that impacts his Aston Martin’s performance remains to be seen after Robbie Stapleford qualified his Vantage third fastest overall in this week’s Hot Lap competition.

Quickest of all was the Porsche driven by Tariq Gamil who denied championship contender Luka Berk by just 0.066s. The privateer will now be hoping to draw inspiration from his qualifying rival who claimed pole position and victory first time out after topping Oulton’s Hot Lap competition.

But there were no such issues for Huncfot Racing’s Maciej Malinowski – currently 12 points adrift of the championship lead – who joins fellow Alpine entrant and automatic invitee Michael Kundakcioglu (SideMax Motorworks) on the Brands Hatch entry. Two points separate them in the standings.

Both Audis finished in the top-10 at Snetterton, which ensures Rennwelten Pro Team duo Chris Hoeke – tied on 16 points with Kundakcioglu – and Samir Ibraimi also feature this weekend.

Doerr Esports’ Moritz Loehner will also represent McLaren for the third round running alongside debutant Philipp Engmann who owes his participation to Gamil opting to race the Cayman instead of the 570S, which he also qualified fastest in section.

Ginetta were the only manufacturer to have two spaces available through Hot Lap Qualifying. David Michel and Josh Hislop represent the British manufacturer at Brands Hatch.