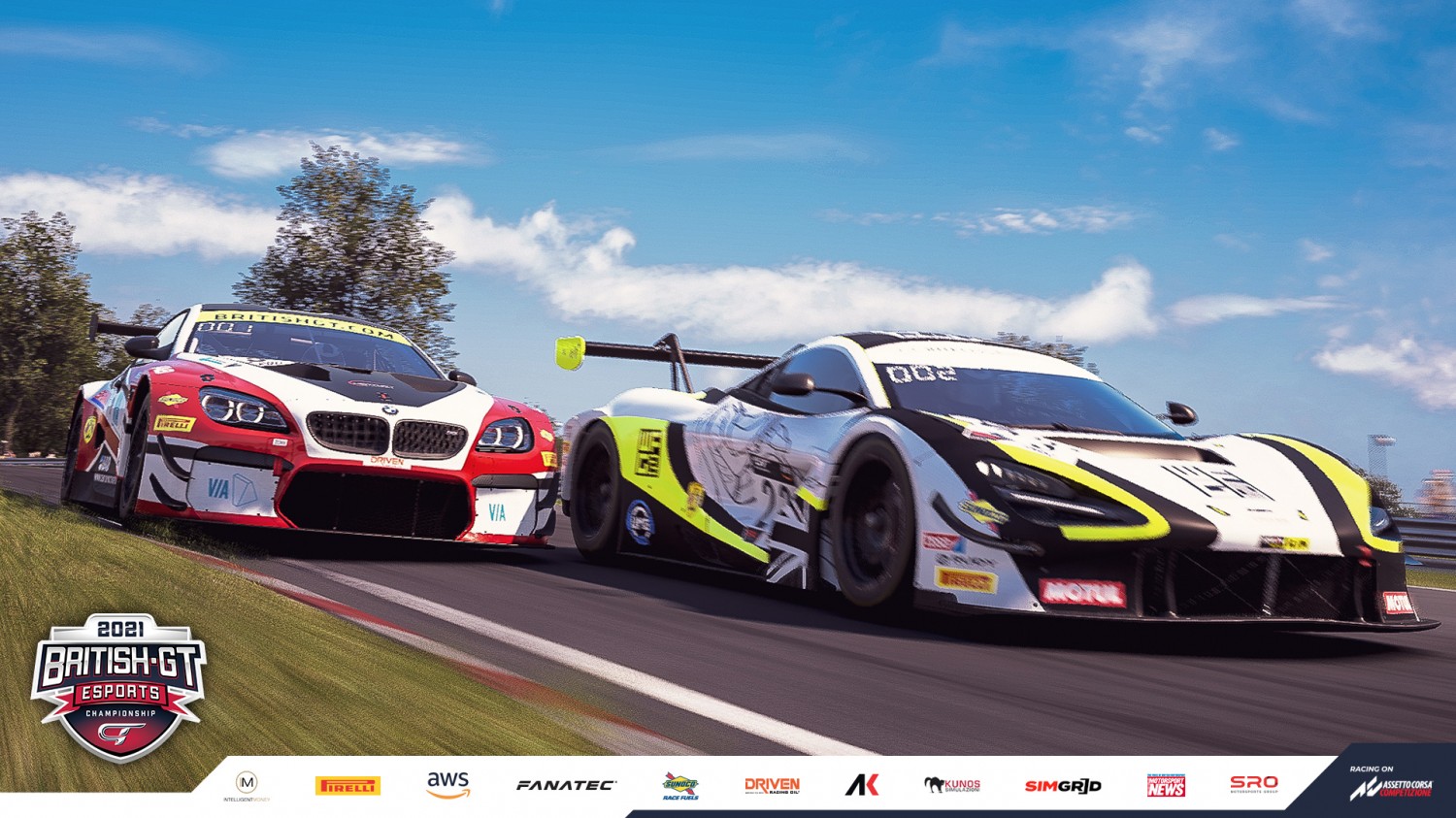 Esports Preview: Sim racers ready for Round 2 at Snetterton this Sunday

The championship’s top-two go head-to-head for a second time in as many weeks at Snetterton where James Baldwin will be eager to strike back after losing his Oulton ‘victory’ in the stewards office. Instead, a 30s post-race penalty for making avoidable contact with Angus Fender helped Century’s BMW add victory to pole position and fastest lap.

Indeed, Fender kept The World’s Fastest Gamer at bay during the opening stint before succumbing to a wonderful move up Clay Hill once the pitstop cycle had played out. It was also his attempted fightback that forced Baldwin into the defensive error that ultimately cost Team Rocket RJN’s McLaren first place.

Nevertheless, Baldwin can be content with his second place and solid points haul at a circuit that wasn’t expected to suit the 720S GT3. Seven points separate him and Fender before lights-out on Sunday evening.

Behind, Jody Fannin’s methodical approach aboard the JMW Ferrari helped 2012’s GT4 champion bag a top-three finish at the expense of Ben Green (Century, BMW) and Sam Neary (Team ABBA, Mercedes-AMG), either of whom could have featured on the podium. The same can be said of Team Rocket RJN’s second McLaren driven by Michael O’Brien whose chances were compromised by an excursion that led to a multi-car pile-up. Expect all of the above to be in the mix once again.

Morgan Short, like Fannin, also underlined the importance of consistency by stealthily moving Rollcentre’s McLaren from 14th to sixth by the chequered flag.

What’s more, a top-10 featuring six different manufacturers and a qualifying session covered by 0.8s underlined how competitive GT4’s opening round really was. And with only the 10 points-scorers receiving automatic invites for Snetterton, some big names have been forced to qualify via this week’s hot lap competition.

Not so Berk who was content to shadow his Porsche team-mate Jack McIntyre during the opening stint last weekend before emerging from the pitstops out front. Naujoks progressed from ninth on the grid to join Malinowski on the podium while McIntyre slipped to fourth.

His cause was helped by several star names suffering setbacks, not least Doerr Esports duo Florian Hasse and Moritz Loehner whose McLarens failed to finish. Both will be eager to show what they can do after safely navigating qualifying.

Admin issues prevented Jesus Sicilia from competing at Oulton but his privately entered KTM gets a second chance this weekend after topping the manufacturer’s leaderboard. Egor Ogorodnikov (LADA Sport ROSNEFT) is also back for the Austrian brand after qualifying second.

Neither Aston Martin finished inside Oulton’s top-10, which left two places up for grabs in Hot Lap Qualifying. SideMax Motorworks’ George Boothby set the competition’s fastest time of all – 1m54.342s – to book his place alongside Arnaud Lacombe who progressed by virtue of Jordan Sherratt’s high ping rate. Expect both Vantages to be in contention on Sunday.

Chevrolet’s entries were taken by Chris McDade (Team ACR), who also raced the Camaro in Round 1, and Alexander Dorricott (r/WEC Racing).